On Wednesday I received a package with some electronic parts.

I think it is really cool how cheap these components are. but of cause, for an awesome project, you likely need lots and lots of them.

On Thurseday, I plugged the components together with a tutorial and a schematics picture found online.

Follow some examples but could not get the servo motor to spin.

Now this saturday, I finally made it move and I am a little proud to have found my problem. I was debugging but could not find the issue, there was no error in node, (there have been errors but I fixed them all with simple debugging). I try some different parameter 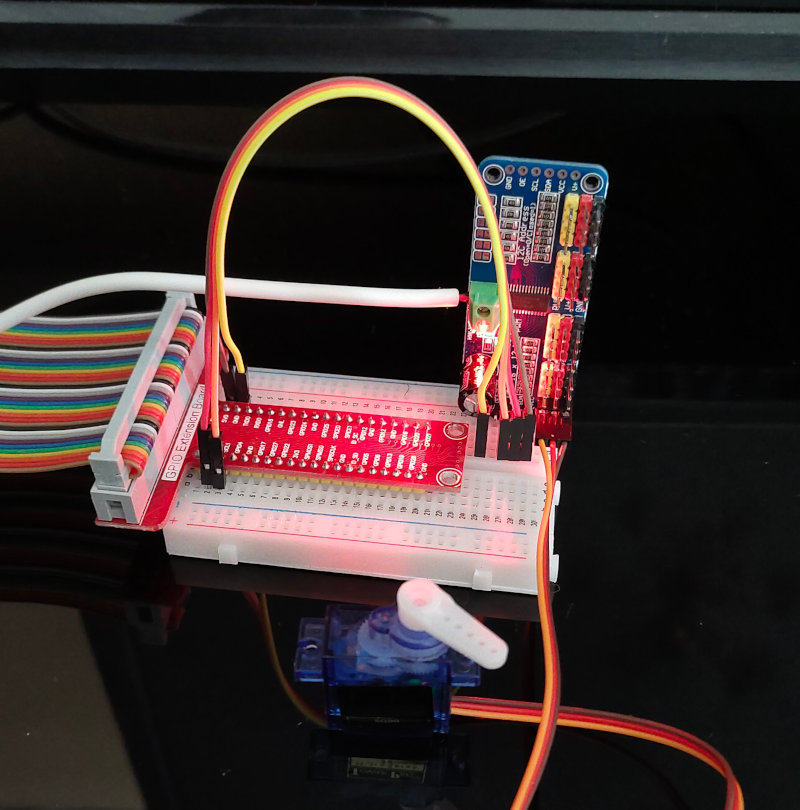 So, here is the code and the resources that finally allow me to move the servo:

In this code the two used libs are imported, then initialized and doStuff is where we can move the motor as we want using the pwm.setPulseLength method. In this case I move the motor back and forward every two seconds. The min and max position values for the sg90 motor are 400 and 2600. I just try different values and looked at what value the motor still moved.